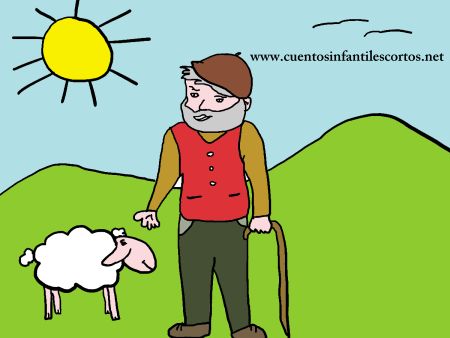 Whenever there was too much milk from milking the sheep and goats, the little shepherd boy would usually share it out among the villagers.

For him, this was a way of saying thank-you to his neighbours, for they had always treated him very well. Sometimes, when he arrived home at night, his neighbours Mario and Melisa would have prepared dinner for him, for they knew that he would be exhausted from being outside all day long. And in a similar way, each and every one of his neighbours made him feel happier.

Nino the little shepherd boy knew that the villagers loved him a great deal, and that was why he too loved them and wanted to make them happy with little gestures of kindness.

Next ArticleSTORIES FOR LITTLE GIRLS AND BOYS