In a faraway school there was a toy house where Steve was living. He was a play dough boy, and had many friends; but one day, the kids made an exhibition of play dough monsters.

That house, which was lively and peaceful became so stressful. The monster ran from one place to another to scare them, stealing their little beds, the chocolates and sweets that the kids gave them, even left them hanging from the ceiling. 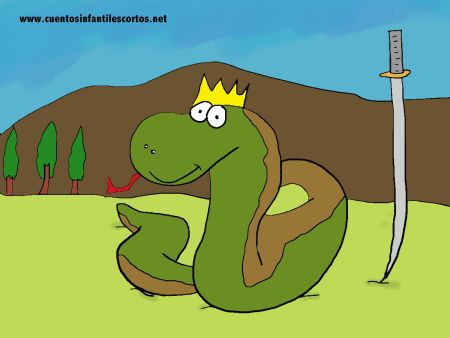 During mornings, the toys were happy when heard the kids´ laughs when were arriving. They were safe with them…well…almost safe, because they were quite naughty.

One night, Steve was playing marbles at the playground when saw Turbo passing with Tina, the doll, and did not have legs.

Tina was screaming, help! help! while turbo was throwing her into a well. Steve tried to help  her, but he could barely walk with his play dough legs, which were sticking to the ground. Turbo was laughing at him.

Rupert, the plastic action figure began to slip as fast as his roller skates let him, threw Turbo to the ground with a slap and gave one of his roller skates to Steve. The two toys went to save Tina, who was shivering with cold, then took her to the nursery.

Turbo was very annoyed and promised himself that was going to throw Steve and the plastic boy to the well when he had a chance.

The next day, the teacher asked the kids to make snakes made of play dough. “What a horror!” the toys said, “How many toys will survive?! If they destroy us, they won´t have toys to play with, and will be sad”.

One of the kids saw Steve and caught him, kneaded him with his little hands and the play dough boy was now a play dough ball, was crying thinking that he was not going to be a kid any more, but a dangerous snake!…he would never play with his friends again!.

Said goodbye to Rupert with a sad gaze, who saw him from a crib playing with a little girl.

Suddenly, Steve was not there any more, but how? the kid had turned Steve into a play dough hero, gave him a pair of shoes, which he took everywhere.

The kid gave him lots of powers with his imagination, Meanwhile, the other kids had made the snakes and where preparing the exhibition in the classroom.

That night, the snakes where up on the trees eating fruits, the monsters were flying around and the rest of the toys were hiding in safety places.

Turbo threw Steve to the playground where the most dangerous snakes were resting, but, suddenly, Steve squashed the snakes using his shoes, spun around to break the tying, and beat the monsters and snakes.

Al the toys clapped Steve´s bravery. The monsters and the snakes promised not to hurt anyone again and live in peace. Turbo was named the captain of the monsters and he was the responsible for fulfilling the deal. And the doctor made two plastic legs to Tina, so she could walk again.

Steve was very happy and was named the “toy house guardian”. They all lived happily since then, made the kids really happy and helped them with their homework.

Moral of the Tale: if we are all united will beat evil and live in peace.