Once upon a time there was a very brave horse rider who had a very shy brother.

One day, the king confessed them that the country was going to be attacked by evil forces. The day arrived after some time, and happened what the king had said. 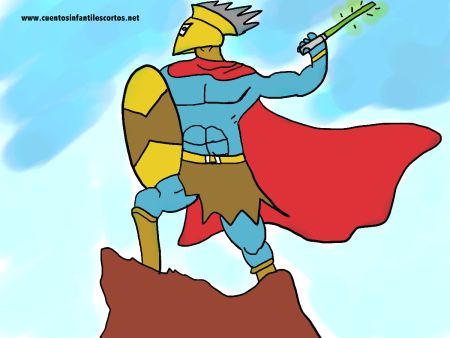 The brave brother tried to attack back, but failed, so they made the shy brother fight against the evil forces, there was no other option than war.

The whole kingdom fought until the shy brother beat the evil forces and save the kingdom.

That is the reason why the shy brother was crowned, becoming a king. He made a big a big effort not to happen the same again, not to have to fight again, and to make sure that peace was to reign.

And so it was, everybody lived relaxed and happy with their families.

Moral of the story: The shy brother did not dare to fight until did it one day. Facing his fears, demonstrated who he actually was, to protect his town. That is the reason why he became the King.

Values of The story: Bravery, self confidence, effort, responsibility, overcoming.