Once upon a time there was a girl called Mila, she was a genius, was studying at the university with only six years old. Her family was very rich, one day found out that her best friend, her cousin´s neighbor, had to move to Salzburg, because her parents were divorced, and had to go to live with her mother. They wanted to help in every possible way. 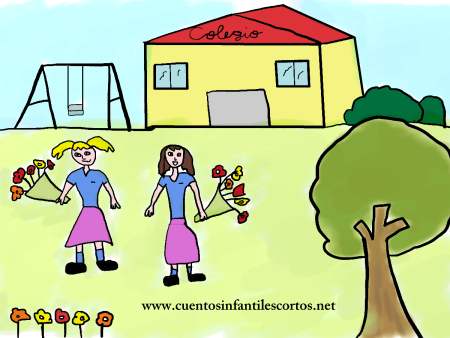 Mila proposed her to stay with her at her house, she suggested her to think about it, Mila would love to be with her friend forever. She impatiently expected her friend´s news while was studying.

The day after, when she arrived back home from the university, she received great news; her best friend, Charlotte, said yes and could live with her at her house. She was very happy, helped her to pack her things and moved.

They were the best friends in the world, Charlotte was very happy at her new house, because also, her parents went to visit her every day to see her and play with her.

Moral of the story: Look for your happiness

Values of the story: Choose the right way.