CLOVER AND SOPHIE THE PRINCESS

Once upon a time there was a kingdom in which lived a princess called Sophie. She had a little rabbit called Clover. One day Sophie took Clover to town to see a performance of magic tricks and Clover was really surprised.

The magician also had a rabbit and when the act finished, the magician´s rabbit ran away and the man replaced him with Clover. Sophie was really worried because she couldn´t find Clover. She didn’t know where he was. 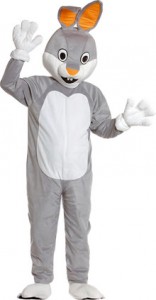 The princess looked for him, but she couldn’t find him. Suddenly a group of little birds that were Clover’s friends told Sophie where Clover was and that he was really sad. He hadn´t tried to go back to Sophie because he thought that the princess was really busy.

When Sophie found out where Clover was, she took her flying horse, Rainbow, and went to look for the rabbit. She arrived in the town of Greenwich, and found Clover with the magician who wouldn’t allow Sophie to take Clover back home.

So the princess waited until the last act and dressed up as a rural girl. Then she volunteered for the act and so helped her rabbit escape and go back to their kingdom.

Clover and the princess lived incredible adventures together and became best friends forever.

Next ArticleMEMORIES OF GERMANY - The race against a cow