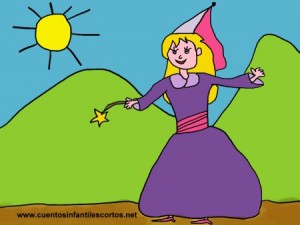 One day, one of the fairies named Lily was tired of Fairy Godmother´s orders, and decided not to obey her.

So Lily went left the castle without permission and went directly to the dark plains where the most dangerous witches ever seen lived, or at least that´s what Fairy Godmother had told them.

But Lily thought that this was just a legend that Fairy Godmother had invented, so she decided to go to the dark plains and see. But when she arrived an evil witch captured her.

“Help, help!”, shouted Lily, but nobody was there to help her.

Suddenly a loud noise was heard and all the witches looked up to the sky. Fairy Godmother was there ready to save the imprudent Lily.

She rescued Lily from the witches and Lily never disobeyed the orders of Fairy Godmother again.

Next ArticleLET´S GO TO THE CIRCUS!