Once upon a time, there was a girl called Valerie who had an uncle named Philip. Philip took Valerie and her brother to a veterinarian named “PET”.

Valerie´s brother bought a hamster and called him Cia, then Valerie started to cry because she also wanted one. When her brother saw her so upset, he decided to buy another hamster. His name was Zuka. 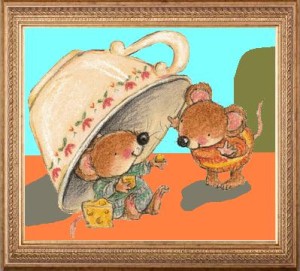 Five months later Valerie realized that the animals could climb the curtains and that it could be dangerous because they could fall.

They were going to be one year old soon. One day Cia fell down and injured herself, so Valerie decided to take care of her hamster and bought a big cage for Cia and Zuka in which they could play and climb together without being injured.

Then they all lived happily ever after.

The moral of the story: Take care of your animals.