There was a boy called Mike who got along very well with the other children; Ruth Charlie and Eddy. They were all very good friends.

But one day, they had a fight. Nobody knew why this had happened because they played together every day and never had arguments. 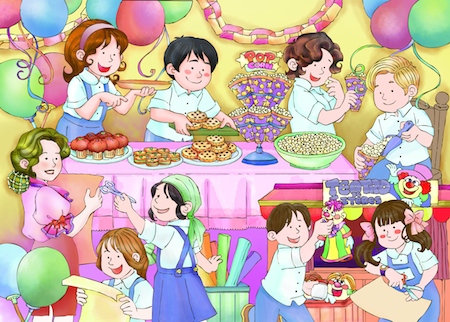 They could not reach an agreement and so started to argue. One of them stopped the dispute quickly, saying:

– “Don’t fight just because each of you have different ideas. We can organize ourselves and play all the games. A different game every day, and then all of us will be happy“.

The kids realized that arguing was not good and were very sorry, because they were very good friends. They laughed at what had happened and played everyday as before.

They decided to invent different games every afternoon, and had so much fun using their imagination.

They never argued again, and were very happy because they respected each other.

Moral Of the Short Story: We all have to learn to live with people and learn how to be happy as we are.