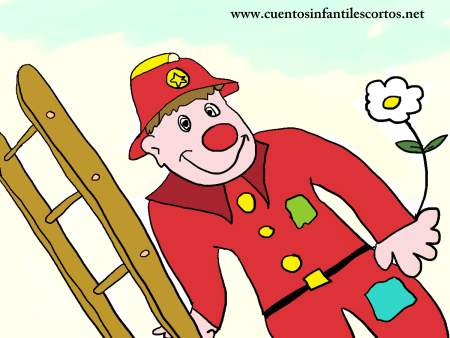 Then Cuthbert understood why Charlie was feeling so upset and said: “Charlie, when I come out on stage to act, do you laugh?”

“Exactly. That’s my job, to make people laugh. And that’s what you did tonight. You made the audience laugh and that’s a wonderful thing,” Cuthbert told Charlie. And little by little, as he listened to the clown, Charlie stopped crying.

The little boy asked: “So… they weren’t laughing at me?”

“Not at all!! They were laughing with you. They’ve come here to have a great time and laugh until their sides split.”

Then Charlie understood that perhaps it’s not a bad thing to feel silly because someone puts a clown’s nose on you. The most important thing of all is to make people laugh – and to do that you have to learn to laugh at yourself.