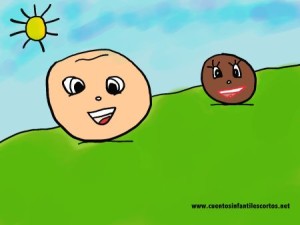 Joan, his little sister also had a nickname, “Lentil”, because of a mole she had on her back. Charlie always teased his sister by calling her Lentil. So their parents had to punishing them both, because they were always teasing each other. But one day this changed…

When Joan and Charlie became adults they realised that it was not worth the trouble of being annoyed, so they changed their attitude and began to get along with each other and make the most of the moments when they were together.

So that is how they learnt that it is really important that children are together, and they transmitted this message to their own kids.

Next ArticleLILY, THE LITTLE STORK