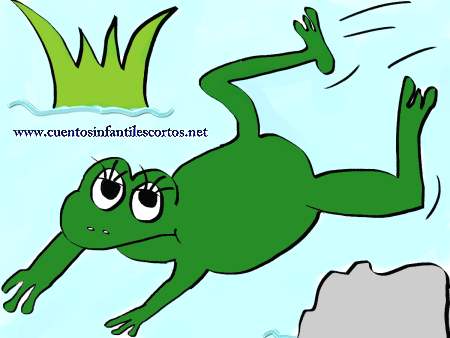 -“Ugh! Disgusting! I´m not kissing a frog!” – said Paul – “And, why do you want to be a prince anyway? Nowadays everybody ignores princes. To be a talking frog is much better.”

But Paul had just told him that to be a talking frog was amazing, unique in the world. Everybody was going to be amazed. He could even become President or Minister of the Environment or a Minister’s assistant!

The frog still did not believe Paul too much, as he wondered who would pay attention to a frog, but he accepted Paul’s invitation and went to Paul´s house.

-“My name was William Baltimore III” – said the frog proudly.

The frog was not too convinced, but accepted anyway.

Next Monday, Paul took Willy to school with him, and there was an immediate stir. Everybody wanted to see Willy the talking frog. Willy made more friends in one day than in his whole life as a frog.

Willy was suprised, how could that be possible, so many people paying attention to him? He was just a green, sticky frog. Paul told him that he should not focus on bad things, he had to think about what made somebody unique and different from everyone else.

So, Willy completely forgot about the idea of becoming a prince. He learnt to read and write, and he read many, many books, and talked to many, many people. He even appeared on television.

But he never forgot that it was Paul who had taught him to live happily as a frog.

Moral of The Short Story: bring out the best of oneself and be happy.

Next ArticlePUPPY FAIRY AND THE POWER OF LOVE