Once upon a time there was a girl called Lily who was in her first year of elementary study. It was her first day at school and a new girl arrived. Her skin was white, she had straight hair, was Catholic and her name was Mayte.

Lily was very shy, so it was Mayte who took the initiative to talk to her. 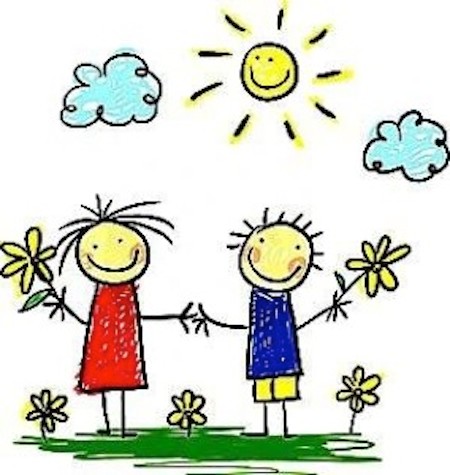 Lily had dark skin and curly hair and was also a Catholic. Both became best friends, in spite of their differences.

A year passed and they went to a new school for their second year of elementary. It was a Spanish-American school.

They were always together through the third and fourth grade but when the fifth year started, Mayte had to move to Beauty-village, the place where Mayte was born.

Mayte went to Scout School. When she started at her new school she met her english teacher from her old school, Rowan, Miss Faby.

At Scout everything was different from the other school but at least she was with her family in Beauty-village and that was the most important thing, to always be part of a united family.

Mayte still maintains her friendship with her other friends and continues to visit Lily when she can go back to Ciudad el Carmen, because that is where Lily and the others lived.

In spite of the fact that the two girls had to separate they wanted to keep their friendship forever. As they grew up they saw each other more often and made an effort to maintain their beautiful friendship.

Moral of the short story: Nothing is impossible, make an effort to achieve your dream.