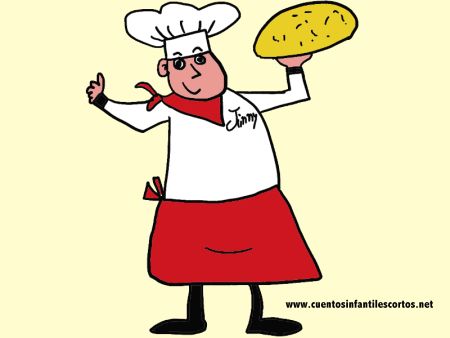 One day, she had a great idea. She summoned up the courage to go to the king´s palace to talk to him. When she rang the doorbell, the king opened the door frowning, angry and grumbling. When Caroline saw him she began to play with her curls, nervously, but then took a deep breath and asked the king for permission to use his huge kitchen to cook nutritious recipes for the kids. His facial expression was incredulous that this little girl would ask him something like that.

“What an impertinence!” – thought the king

He looked at her, shocked, angry and dubious, astonished by the willpower, solidarity and bravery of the little girl in front of him. He thought for a second and then allowed Caroline to use his kitchen with an emphatic “yes”.

Caroline jumped for joy and hugged the king. Then she collected pumpkins, chards, tomatoes, aubergines, peas, carrots and many vegetables from her family´s vegetable garden.

The king could not resist the temptation to visit the kitchen and smell the exquisite aroma coming from there. He wanted to see the delicious meals that Caroline was cooking. When she saw him, she invited him to taste the flavoursome, aromatic and nutritious stew that she was cooking.

From that day on, the people from that faraway village have a happy king, who holds a big ball in the palace garden with the kids of the village and shares his big table full of delicious food with the people from the town. Caroline has many kitchen assistants and even the king has learnt to cook as he now appreciates healthy food, fresh and colourful!

And this is the end of the story!