One day, in a small city where miniature cars were living, were two beautiful convertible cars hanging around everywhere. One was brilliant red and  the other one was brilliant grey. But, although they had an enviable bodywork, they had very bad intentions inside their motor, because they used to make fun of the snow car every time they saw him: 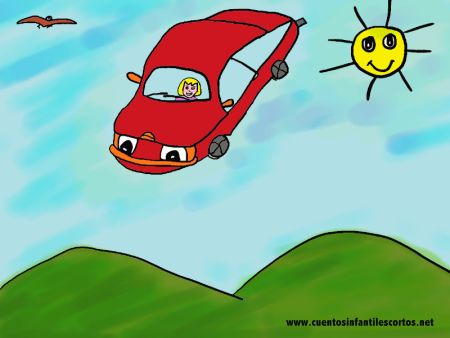 – “what a showy bodywork, you should be on a diet, there is no tow truck capable of carrying you, you are a junk heap, why don’t you go to the repair shop? maybe they can perform a miracle with you…”

And they did the same every day, but the snow car never was annoyed, because he knew that they would realize their mistake some day.

That day arrived when a big tornado hit the miniature city, and the wind of the tornado hit and raised the two convertibles, while nothing happened to the snow car due to his heavy bodywork.

When the two convertibles were at the repair shop, realized that they had been bad and swore that they were never going to make fun of any other car again.