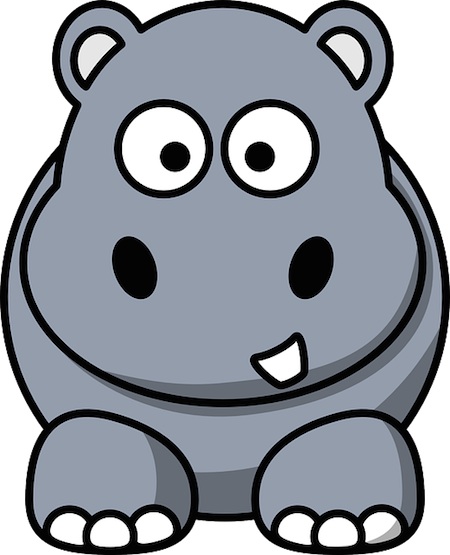 One day out walking, Fleur found a secret tunnel. Her first though was.

– “Does this tunnel really go to the city?”

She went inside without thinking about it. It was very colourful and she saw lots of dots, lines and ribbons.

Fleur walked and walked through that fantastic tunnel until she arrived in the city. The humans looked at her and thought she was a huge bald monster. Finally they said:

Fleur walked away sadly. She walked and walked until she came to the Zoo where she met another hippopotamus.

He was called Martin who explained to her, wisely, that humans sometimes show their fears in an incomprehensible way.

Fleur and Martin fell in love and lived happily ever after.

Next ArticleARTHUR AND THE MONSTERS