HEN MOM AND HER CHICKS

Hen Mom was very white, had a red crest and had had chicks recently. Today, in spite of her fears, she went out with all her chicks for a walk around the farm.

Sophie did not want to miss it, and went out with her photo camera, that she got to make photos of them for her album. 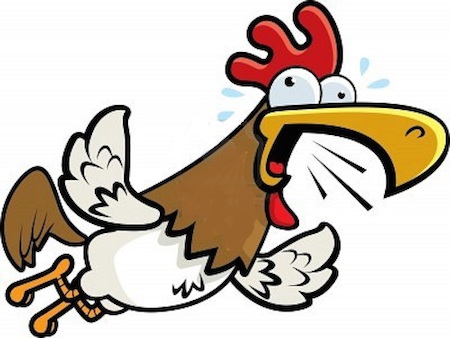 She was keeping a distance from them, just how her parents had explained her. Suddenly, she began to hear some noises, increasingly strong; so she approached them like if she wanted to talk. Hen Mom was trying to tell her that one of her chicks was missing. Sophie figured out what she was trying to say, and went back to look for the chick.

She saw a hole on the way, something that hen Mom had not seen, Suddenly, Sophie put her hand inside and there was the chick.

They were finally a united family, Sophie became very good friend of them, and took care of the chicks until the were adults.