Once upon a time, there was an eight year old girl called Lucy who lived with her mum Theresa. she she had lost her father Sam a short time ago. He had given them lots of love, so much love that Lucy and her mother really missed him. 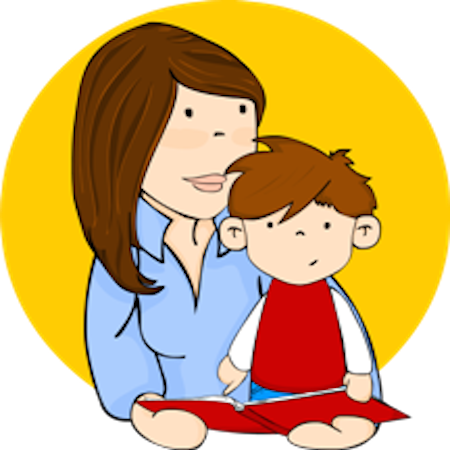 One day, mum and Lucy looked at lots of pictures and remembered the nice moments that they had spent together. Lucy could not forget her dad, and she was always a bit sad. Her mum always said to her that he was in the sky with God and that he was now an angel and always took care of them, because he lived in their hearts.

That day, Lucy went to bed early, thinking about her dad, and she had a beautiful dream. She was walking, holding her parents´ hands. They went to fun places, and had so much fun, ate ice cream, played games, ate cotton candy. and always with her father and her mother, really happy together. But the hours passed and her dad had to go. Lucy said that she did not want to stay alone with mum, and so her father sat her on his lap and said from the bottom of his heart:

– “Listen dear daughter, God has called me. I am happy up there with him and I want you to be happy here with mum. I will wait for you with him, but meanwhile, I want you to be happy, to study a lot and to never stop laughing, because when you laugh my stars light up my way and I can see you, If you don’t laugh, my stars fade”.

Lucy understood that her father wanted to see her happy, so she decided to turn on all the stars for him.

The next morning, Lucy woke up very happy and went to tell her dream to her mother. Lucy has never stopped laughing since then.

The moral of the story: This short story gives us an idea of how can we help our kids to understand that somebody is missing.

Next ArticleKIKA, THE SMALLEST MOUSE IN THE WORLD