It was the first day of the holidays, and Peter was in his bed, feeling lazy, and not knowing what to do.

He had really wanted school to finish, but now it had, he did not know what to do. He reluctantly got up, because it was the fifth time his mum had called him. 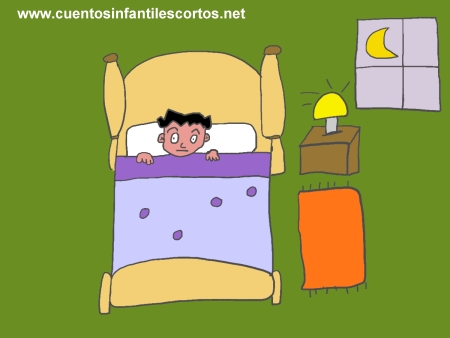 He had breakfast and then sat down in the living room to play with his games console.

-“Peter! You are not going to stay the whole day here playing with your video games! Go out and play with your friends!!!”

Peter went to the park looking for his friends. but did not find anybody.

He sat on a bench beside Mr. Jordan´s Kiosk where he used to buy his sweets. The old man realized Peter was really bored and said:

-“Do you know what, Peter? I would like to have an assistant during the holidays. Would you like to come here every day and help me for a while? I am old and I need a rest”.

-“Do you really want me to help you in the kiosk? It would be amazing to stay here with all the amount of sweets and candies here…!!

-“Well, you will be able to choose a different one every night”. – Mr. Jordan said.

Peter had so much fun that day, and every day after during his holidays. His mum did not have to insist on waking Peter up again.

His was a different but great summer.

Moral of the short story: We can find a motivation where you least expect it.

Values of the Story: Responsibility, help the others.