THE GIRL AND THE FLUTE

Once upon a time there was a girl called Vicky who was the most intelligent pupil in the class. She got good results in all subjects but she didn´t like music class, as she had no motivation. 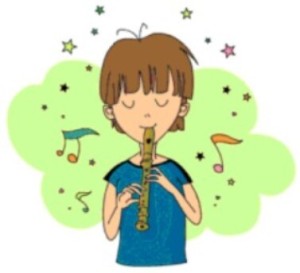 One day Vicky´s teacher told his pupils that he was going to choose one of them to represent the school in the Official flute competition.

When Vicky heard this, she started to practice. The idea had motivated her. She made up new songs and this made her happy and so she wanted to participate in the competition.

Finally the teacher chose Vicky for the competition, and she won! Then she started going to all the music competitions she could.

She became a very good musician and her family were proud of her because she had worked very hard.

Next ArticleLITTLE JOHNY AND THE BUBBLE BATH