THE GIRL IN LOVE

Once upon a time there was a girl that was about to start her studies at a new university. Her name was Andrea, and she met lots of friends on her first day in class. 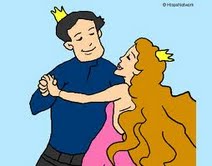 One day, she almost fell into a river when a boy called John appeared and saved her from falling in. .t that moment they fell in love. They looked at each other and said: “We should be together forever.” It was love at first sight.

Some years later, when they finished college they decided to get married on November the 14th. The maid of honour was called Catherine and the best man, Josh. Their honeymoon was going to be in Paris, their favourite place.

After a few years they had children, Kely, John and Katy, and they all lived happily ever after.