Once upon a time, there was a little boy called Hercules. He lived in a village with his parents, his brother Aaron, and his sister Lily. 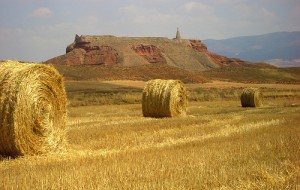 John, Hercules’ father was old and it was hard for him to work in the fields. One day, Hercules went to help him and they started to gather the harvest and work the land as fast as they could. Hercules worked like a lynx. It seemed like he had extra strength to finish the job.

The ploughs were really heavy, but Hercules could move them with barely any effort. Not like his father who needed the help of two oxen to plough.

From that day on, Hercules was the person responsible for doing that job so his father could have more free time.

Next ArticleTHE GOOD WOMAN AND THE THREE KIDS