LITTLE JOHNY AND THE BUBBLE BATH

Little Johny was a cute and charming young boy who was loved by everyone. He never troubled his mother and played all day with his toys. He would spend the entire day playing on the floor and the dirt and dust on the floor would make him very dirty.

In spite of his mother’s repeated requests he wouldn’t take a bath. He always made excuses to avoid taking a bath. 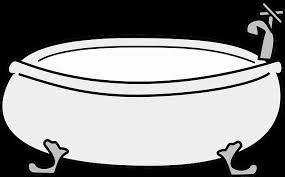 One day he looked particularly dirty and his hair was all shabby, so his mother kissed him gently and said-“Today I will give you a bubble bath.”

Little Johny gave many excuses so as not to have a bath. But in the end he replied “Only if I can take my big yellow ball into the bath tub.” His mother agreed happily and said -“Yes, you can take it.”

Now Little Johny’s face became pale. He thought that his mother would not allow toys in the bath tub and then he would be safe from the water.”

Then he thought of another idea – “But I will only take a bath if I have a fish and a duck.”
“What!” his mother’s eyes almost popped out.” She replied helplessly-“I can get a fish somehow, but how will I bring home a duck?”

Little Johny jumped with joy to hear this. He said-“Oh! my dear mother, I will not have a bath without a fish and a duck.”

His mother thought for a while and replied –“Promise me, you will take bath f I get you a fish and a duck in your bath tub.” “I promise.” And Little Johny jumped with joy and ran to his room.

After some time his mother came and said -“Your beautiful golden fish and a snow white duck are waiting for you in the tub.”

“But you have to keep your eyes closed until you get into the bath tub.” his mother smiled

Little Johny immediately closed his eyes, held his mother’s hand and walked excitedly to the bathroom.

When he got into the tub, he opened his eyes happily. But after seeing the toy duck and the toy fish, he cried out aloud up to the skies.

He splashed the water angrily with his hands and cool droplets of water covered his face all over. He felt delighted.

“Oh! It’s lovely.” He soaked himself in the tub and started to play with the bubble bath.

His mother asked cheerfully -“Which animals should I bring tomorrow?” He looked at his mother and cried joyfully, “None! Bubble bath is wonderful, I’m going to have a bath every day.” And they both laughed out aloud.