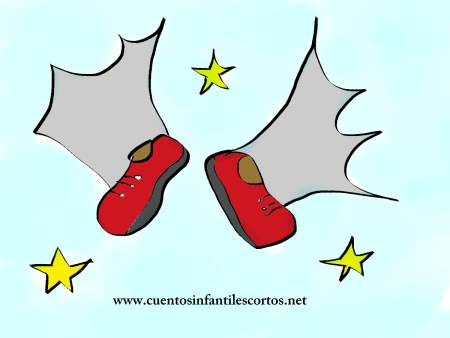 The shoemaker apologized and explained him that there was a goblin living in the shop that loved making jokes, and sometimes got inside the shoes.

The shoemaker asked Gordon in which shoe he had the problem.

The shoemaker took the left shoe, shacked it a bit and told Gordon to put them on again to see what happened. He put the shoes on and took a step forward with the right foot and then with the left foot. Everything was fine, both shoes were walking forward.

Gordon thanked the shoemaker, said buy to the goblin, even though he could not see him, and left the shop with the shoes on.

So, if you go to buy new shoes, try them on, walk around the shoe shop and make sure that both walk forward; you never know when the shoes goblin wants to make a joke.