There was a very conscientious man, always making sure that his flowers were well fertilized, watered and that there was enough sun to keep his garden beautiful.

In his garden were roses, peonies, daisies, carnations, petunias, lavender, even beautiful orchids, all kind of flowers and aromatic plants that were his pride and used to share it with whom he could. 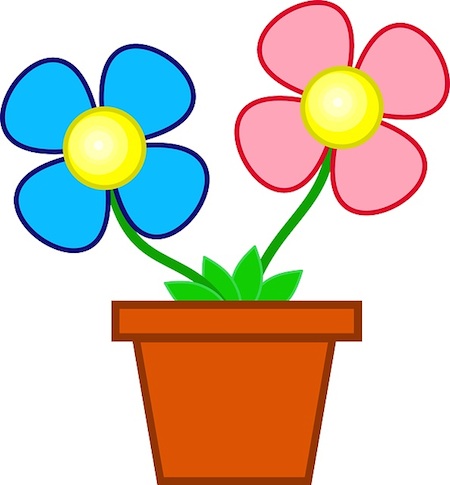 One day saw a new flower between his, that he did not had sow, but cared for it anyway, like as he did with the others, until the timid blue flowers appeared.

The gardener did not like it, he had expected beautiful big flowers instead of little blue flowers.

So, stopped caring for it, stopped watering it, did not even looked at it when was outside. The poor blue flowers died leaving little black seeds there.

One day, God appeared to the gardener asking for the little plant of blue flowers, the gardener showed him the most beautiful plants he had, but God insisted on seeing the blue flowers. The gardener told him that the plant had died, but he had the seeds, so he could sow it again, and show it to God when the plant grows.

God asked him for the seeds carefully, and said:

– “I have sent you the most humble and small flower because I thought you were going to care about her like you do with the others, in order to teach you that beauty is everywhere, not just where you want to find it. Due to your pride and your self conceit I won´t give you that chance, and I will give the seeds to another gardener who appreciates that my glory is in the most small and insignificant things”.

– “Sir! . replied the gardener – “Please forgive me for not having appreciate it, I just want to know the name of the little flowers.

And God answered: “They are called Forget-me-not.

Moral of the story: Sometimes, appearances are deceptive, take care of everything around you.

Next ArticleTHE GIRL AND THE MORAL VALUES