PETER AND THE MYSTERIOUS BRIEFCASE

Every friday, Peter went home back from school and thought about all the things he would do over the weekend. Even if the way was longer through the park, he liked to walk home that way so he could see other children playing.

That day Peter finished class earlier than normal and decided to stay in the park and play. He slid down the slide and suddenly something appeared at his feet. It was a briefcase. 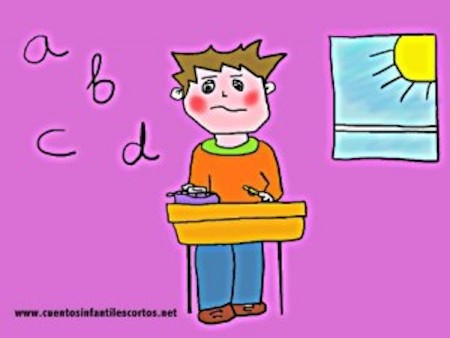 Peter opened it, but there was nothing inside except for a paper with a phone number and an address written on it. But as it was late, he went back home. That night he couldn’t stop thinking about the briefcase. – “Who had left it there?, Should I return it?, or should I forget about it? It’s just an empty briefcase, anyway.”

The day after, Peter decided to look for the owner of the briefcase. He arrived at the house and knocked on the door. An old man opened the door and said, – “Hi kid, what do you want?” – “I found this briefcase yesterday and I wanted to give it back to you.”- said Peter.

“Wow! I thought nobody would return it to me after I had left it there!”- the old man said – “Did you leave it there on purpose?” – asked Peter – “Yes boy, I wanted to check if honest people still exist, and now I have my answer”.

The old man invited Peter to have a snack, and gave him a tip for his good deed. That night Peter slept really relaxed thinking about the good deed he had done.

The moral of the story: A good deed always has its own reward.