Once upon a time there was a girl that was ballet dancer. Until one day, her favorite shoes broke.

On her way home remembered that she could buy the same shoes at the shop beside her house. So ran to the shop; but when she was going to pay realized that did not have enough money from her savings, and so, she left. 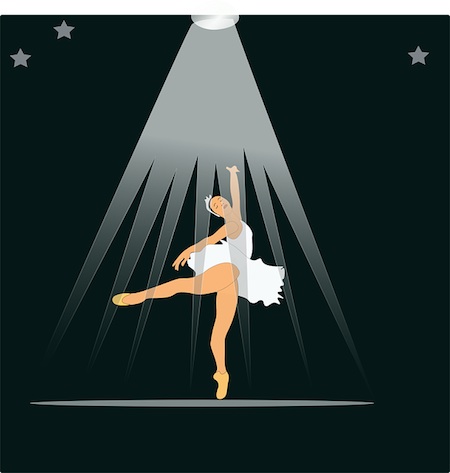 A friend gave her money for her birthday, so she had money to buy a new pair of dancing shoes.

But, when she went to the shop, there were no more shoes like those left. All the pairs had been sold. She asked the woman of the shop and she said that only had a pair of magic shoes left; the girl was confused; but she bought them anyway because was in a harry, saying:

The next day, she went to her ballet lessons. The tournament in which she was registered with great hope, had begun. When finally was her turn her magic shoes worked perfectly.

-“They are really magic!” – said the girl enthusiastic.

When the competition finished, the girl wan, thanks to the big effort she had made training, and the magic shoes.

And this is the end of the story….