Katie Wilson and I have been the best of friends for as long as I can remember. She and I would always meet up over at her Grandma’s house after the sun went down. That is where Katie and her Mom were living. We would play hide and seek, or catch, tell ghost stories, and catch fireflies in a jar. We had this clear plastic jar with holes in the top to catch all of the fireflies we could catch. It was like catching a treasure.

The fireflies were always safe with us. We would catch them and just before we went inside, we would let them all go. 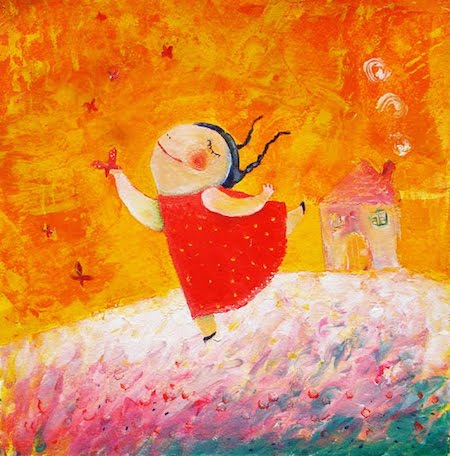 Katie would sometimes take the jar to her house and other times I would take it home. Over the winter one of us would take it and keep it for the next summer. Then we would bring it out and start all over again.

On a late June evening, we met each other in her Grandma’s back yard. Some of the other kids in the neighborhood came over to play with us. We played hide and seek for about an hour and decided to sit at the picnic table and tell ghost stories. That was another fun thing we did just as it was getting dark. We would make up all kinds of stories and scare each other. This particular evening, two of the neighborhood boys decided to get in on the fun. They were always bothering us girls and sometimes would make us mad. They liked to play tricks on people.

We finally finished our story telling, and decided to catch some fireflies. Katie ran into her Grandma’s back porch and picked up the jar. The other kids wanted to help us and so we let everyone in on the catching this time.

We found a total of twenty five fireflies and put them in our special jar. That jar looked like a jar of gold. It was shining so bright we didn’t need any outside lite. Just about the time we were getting ready to go inside, we took the jar to the edge of the yard and prepared to let them go. One of the boys grabbed it and ran with the other boy as fast as he could go. Katie and I ran after them to get our jar back.

The faster we ran the farther behind we got. Finally we gave up, but not before we yelled at them to make sure they let the fireflies go.