Once upon a time, there was ten year old boy who was really suffering. He was called Timmy Turner. He was suffering so much because had an evil babysitter that was always shouting him, injuring him, etc.

His parents loved him, but were very forgetful, used to forget his important dates. 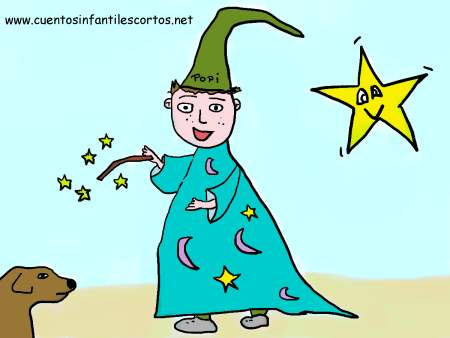 There was another planet, far away from earth planet, in where supernatural beings called magic godparents were living. They used to grant unhappy children´s wishes.

Vicky, the evil baby sitter, was once angry with Timmy. He went crying to his room and suddenly three fairies called Wanda Cosmos appeared, to grant Timmy everything he wanted.

At school, people was very weird, he had a teacher that wanted to have the control of the earth by following a trail of the magic godparents; a girl who really appreciated her teacher, but made him be embarrassed sometime. He had two strange friends, Viny and Chester. Viny was the smartest, more naughty and more rich boy in the world.

Chester was the more poor boy in the world, he did not care about being intelligent, but his friends, Ethan and Sean told him about the importance of learning new things every day.

Ethan was very intelligent, and helped his friends to go on the right track to study and read, he also taught them to be tolerants and the good values they had to learn to be nice people.

His parents realized that they were neglecting their son due to their jobs, so, after the baby sitter left, they began to be concerned for Timmy.

Timmy was a very happy Kid thanks to the Wanda cosmos fairies. Also, he had a date with a girl from his class who he really loved.

Next ArticleFRIENDSHIP UNION, THAO AND THEO