Sarah and her grandmother Mimi were living in a big magic field in the heart of the cold valley surrounded by one hundred leafy trees, giant beeches, huge oaks, lofty pines and a bed of soft ferns that was home to many small, wild animals.

Her grandmother and grandchildren lived with their dog, Rufus, (who had long, cinnamon colored hair), in a deep cave in a hillside in the mountains. Natural caves were the best to combat the hard Russian winters. 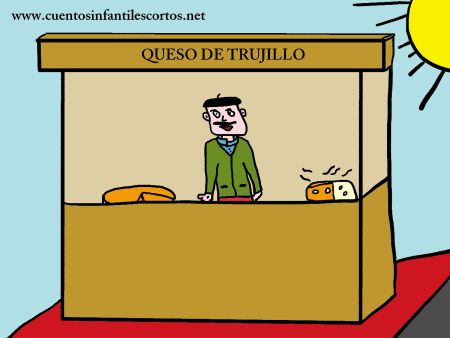 There was a big opening at the entrance to the cave which was used as the kitchen and the living room had a chimney which included an oven.

The constant heat of the fire acted as a barrier against the frozen air outside.

Sara lived happily in the old field, surrounded by animals and birds, near a river called the Emerald river. The name came from the green emerald color of its cloudy wide watercourse which was full of emerald dust.

Rufus had woken up very early and was already diving in the river searching for pink salmon, catching them with skill in order to give one to his owner later. His owner hung them from the chimney to smoke them and then sold them in the Friday market.

Mimi was really proud of her granddaughter Sarah whom she had taught everything she knew. The Russian gypsy traditions were about ancient wisdom for survival and for finding food in the hardest and coldest forest on the planet.

Sarah was a merchant at the Friday market and was always accompanied by her close friend Violet, her sister and neighbour.

Both girls dressed up well that day. Sarah wore her special red fringed skirt and her white lace blouse. Her gold earrings and her red lipstick. Imported from China by Spanish gypsies, they made her look like a tanned princess.

Her close friend Violet, looked like a seventeen year old girl with her black boots, black coat and her colorful woollen hat and gloves, woven by her mum to sell at the market.

The two girls were tired of spending the whole winter in front of the chimney, eating hot chocolate and blueberry jam. They had gained a bit of weight but it didn´t matter. Spring was arriving and it was good to have extra fat in case they had to walk a lot through the field.

The Spring market finally arrived and all the gypsies were going to be there on Friday selling their goods. Spring had arrived in Rosemary city.

It was a sunny day at the end of May. It had stopped snowing, and the snow was melting really fast, there was water running throughout the forest and they had to be careful not to slip on the green, jelly-like moss that was all over the valley.

They could run without shoes, and that is what Sarah used to do. Her gold shoes were perfect for running, but without them, she felt free like a little rabbit.

Next ArticleFISH AND FISH BOWLS