THE WRITER AND THE DOVE

He was called Peter, I´m not sure if it was his real name, but I did not care his name, what  I liked were his Stories.

He was always writing in the morning, he loved writing at that time, listening the birds singing. 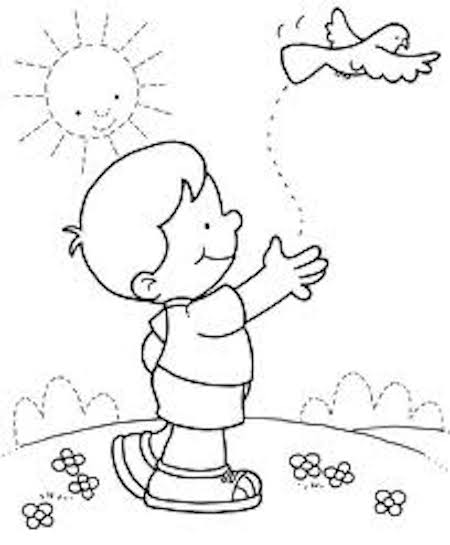 One day, a little bird told me that saw him writing a story on the feathers of a dove. All birds were looking at him meanwhile he was writing, they wanted to know what was he writing; and when Peter finished writing on the dove feathers, let her fly.

The other birds watched the dove flying, and finally read so curious:

“Birds are born with lots of feathers on their body, but nobody has taught them writing, if somebody did, maybe, the could write many stories on the air, and children could read in the open air. Imagine every day, learn that birds always let their imagination run, and that is so true, because it is said that, every time birds are singing is because they are imagining something, so, if they are singing everyday at any time is because are surrounded of fantasy, adventures and imagination“.

Moral of the story: Animals has also something to tell us, not just humans have stories.

Next ArticleEMMA WANTS TO BE...