THE MOST BEAUTIFUL ROSE IN THE GARDEN

Andrea lived in a small town with her parents and her little brother. The town still had old houses, fruit trees and windmills that pumped water from the wells.

Andrea was a lively nine year old girl. She had white skin, curly, coffee-coloured hair but wasn’t very healthy. She really liked to help her mum at home by watering the roses in the garden during spring. There were many roses of many different colours; yellow, a variety of pinks, red and white, and there was one in particular that stood out among all the others because it was violet. 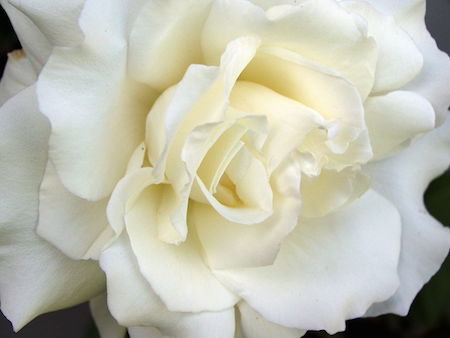 Andrea really liked going to school, although she didn´t have many friends because they thought she was a malingerer. One day, she came home very happy  because she had been chosen as a candidate for queen of the school year. Most of the boys in her class had chosen her but some of the girls did not agree with their choice. Someone lent her a dress, and her mum decorated it with lace and ribbons and it looked lovely. Finally, Andrea wasn´t chosen as the queen of the school year, but that year was still the best year for her. In a small box, she kept a nice picture of her wearing her dress with ribbons and laces holding the arm of the most handsome boy in class.

One day, the teacher gave them homework. They had to write a short story. But Andrea didn´t know what to write about. She wrote several drafts until she got bored and went out to water her lovely roses in the garden. She realised that some of the leaves of the violet rose were dry, and went to tell her mum, who said:

– There´s nothing to worry about as long as roses keep emerging.

After a week Andrea saw that the violet rose still had dry leaves and something that looked like sawdust on the stem, so she went to tell her mum.

– “But how? I didn´t know someone could make a rose sick” – Andrea said.

They went  to the garden and her mum cut the rose´s stem and found the source of the problem.

There was a big, fat, white worm that had a dark brown head and it was eating the rose sap.

The rose withered and became completely dry, even though they had got rid of the worm. The garden wasn´t the same anymore without that beautifully perfumed violet rose which had been admired by all of those that passed by in the street.

– “This can be your short story” – said Andrea’s mum to Andrea.

He mum explained her that now she had something to write a about and so could do her homework. That is how Andrea started to write her Short Story, with the title: ” The most beautiful rose in the garden”, and that´s how it began, more or less:

Once upon a time, there was a rose bush full of violet roses that were the most beautiful roses in the garden and admired by everyone passing in the street. The garden´s owner used to cut one or two of them every week to decorate and perfume her house for several days. The garden also had a white rose bush but it did not have that much perfume and the rose petals fell off easily.

The violet rose felt it was a very important rose as it was admired by all and was the garden owner’s favourite. She always tried to overshadow the others, especially the white roses; until one day she began to feel that her leaves were withering and her stem wasn’t as green as the others and that her perfume was not the same as before.

One day, a pretty and tender girl with white skin and brown curly hair asked the garden’s owner for some roses as the next day was her wedding day and she wanted to make a lovely bouquet to hold in her hands. She preferred to make one using the white roses.

The garden´s owner gave her all the roses she wanted. That day, the white roses felt very happy to be held in the pretty bride´s hands.

The violet rose got so angry that it fell sick and felt weak and a little worm came and ate her stem and dried her heart.

And Andrea got the best mark thanks to this short story.

Moral of the story: Envy and vanity are like a worm eating your soul.