THE PIED PIPER OF HAMELIN

Once upon a time there was a little town called Hamelin, located among the montains and surrounded by beautiful fields.

One day, a lot of rats arrived in Hamelin. The rats ran around everywhere and so the terrified citizens went to plead with the town councillors to free them from this plague. 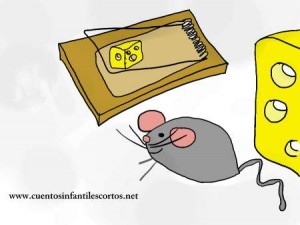 The Mayor was in his office trying to think of a plan, when a young man with a golden flute appeared, and offered to rid him and the town of rats in exchange for one million euros. “If you solve this problem I will pay you.” – said the Mayor.

So, that night, a sound of a flute was heard throughout the streets of Hamelin. All the rats follwowed the Pied Piper as he marched down to the river and straight into the water. Behind him the swarm of rats followed him and every one of them was drowned and swept away by the current.

Once back in town, the Pied Piper went to claim his payment – “Did you really think that I was going to pay you one million euros? said the Mayor, – “I don´t have that amount of money and besides anybody can do what you did.”

This made the Pied Piper really furious. He went out and started to play his golden flute again. Suddenly all the children started to follow him. Their parents were desperate because their children were running after the young man and the sound of his flute as if hypnotised.

The Pied Piper of Hamelin took the children away and they were never seen again. The Mayor had learnt his lesson and he never lied again, but he never found the children that had disappeared and so he had to shoulder the blame and suffer the consequences for the rest of his life.