As the school year went by, Amanda missed more and more days. I felt sad for her. Her Mother would pick up her homework and bring it back so that Amanda wouldn’t fall too far behind. I found out that she had to have surgery on her tumour and I was worried about her.

I found out that she didn’t live too far from me and then another friend of mine told me where she lived.

I made it a point of going to see her one Saturday afternoon a couple of weeks after her surgery. I knew that she was recuperating, so I didn’t want to go too soon. Her Mother met me at the door and welcomed me in. 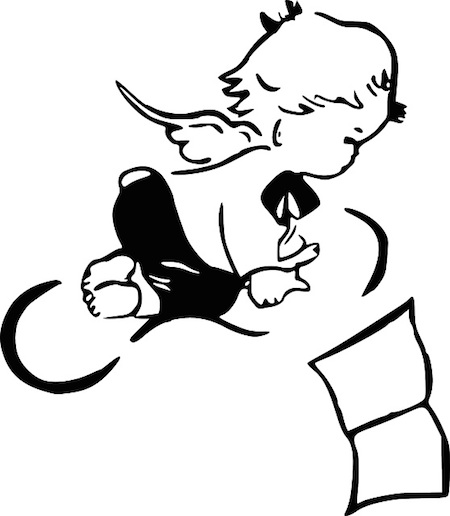 “Would it be alright if I see Amanda?” I asked

“Well, she is very tired and I think she is taking a nap right now.” her Mother said. “ If you will wait here, I will go see if she is awake and feels like company.”

She was gone for a few minutes and then came back.

“I think it is alright to visit her for a little while, but don’t stay too long as she does need her rest,” she said.

I went to Amanda’s bedroom where I found her lying in bed facing the door. I entered and quietly sat in a chair beside her bed.

“I feel pretty good I guess,” she sighed.

Her eyes had dark circles around them and I thought she looked very pale. After she spoke, she closed her eyes and was very quiet for a long time. She then opened her eyes again and smiled a very weak smile.

“I hope I am not disturbing you, Amanda.” I said.  “You just rest and I will sit quietly here in this chair just so you know you have some company for a while.”

I stayed for about twenty minutes and then slowly crept out of her room. She still had her eyes closed as I shut the door. As I walked away, I thought I heard the sound of wings flapping in the hallway right above my head. Her Mother was coming toward me as I stepped away from the door.

“Did you hear that?” I asked

“What dear?” Her Mother asked.

“I thought I heard the sound of flapping wings just now when I left her room.” I whispered.

Her Mother just looked at me and as I left she went into Amanda’s room.

When I got home I talked to my Mother about Amanda and how sad it was that she was so sick and had to have surgery.. I told her that I had visited her for a while and that I had heard the sound of flapping wings when I was leaving her room.

My mother just looked at me with a surprised look on her face. “Well, maybe it was a bird,” she said.

I went to my room and decided to lie down for a while. I reached for the book I was reading on the night stand and opened it at the page where I had left off the last time I had read.

As I settled to read I heard that sound again. It sounded like flapping bird wings. It was almost scary. Actually, it sounded louder than the noise a flying bird would make. I kind of dismissed it and went on reading for about twenty pages before I drifted off to sleep.

I awoke to the sound of the phone ringing in the hallway. I could hear my Mother talking to someone, but I didn’t get up to see if it was for me or not.

My mother came into my room a few minutes later and sat down on the side of my bed. She leaned close to me and whispered that the phone call was from Amanda’s Mother. She told me that Amanda had sat up on one side of her bed and said she was ready to get up and eat something. . I was shocked and couldn’t believe it. My mother then held me for a long time. Amanda was so young and she had been sick for such a long time. I stayed in my room for a while thinking about her. I knew that I this was a miracle. She had been unable to come to school and her condition had gotten much worse lately. When I visited her, it looked like she had lost a lot of weight.

I decided that the sound of flapping wings that I had heard were not bird wings at all. They were the sound of Angel Wings. The angels had come to make her better. I knew that that is what happens to us sometimes when God heals us. I had learned it from going to church that sometimes a miracle happens. That was it……Angel Wings.

My mother and I visited her a couple of days later.  It was very nice. There were lots of people that came to see her and we brought her a beautiful bouquet of flowers.

A few days after that I heard a knock on the front door. When I opened it Amanda’s Mother was standing there. She was holding Amanda’s pretty angel with big wings in her hands.

“Amanda and I would like to give this pretty angel to you, as we know that you will take good care of it.  We want you to have it.” She said. “ Please take it. I know that you and Amanda have become good friends and she is happy to have a good friend like you.”

I took the angel and thanked her for it.

She told me that Amanda was slowly getting better and that it would take a while for her to get back to being herself.

I told her that I understood and wished Amanda the very best.

I will always treasure that angel and my friendship with Amanda. Hopefully there will be lots of opportunities for us to make up for the time we have lost. I am very happy for her.

Have you missed the first part of the story? Click to read ANGEL WINGS (FIRST PART)

Next ArticleGRANDFATHER ON THE PIRATE ISLAND