THE DRAGON IN THE DUNGEON

Once upon a time there was a dragon imprisoned in a castle dungeon.

The castle belonged to a King and a Queen and their little four year old son, Arthur.

He was a lively and curious child and one day while hanging around the castle he discovered the dungeon, but didn’t tell anybody. 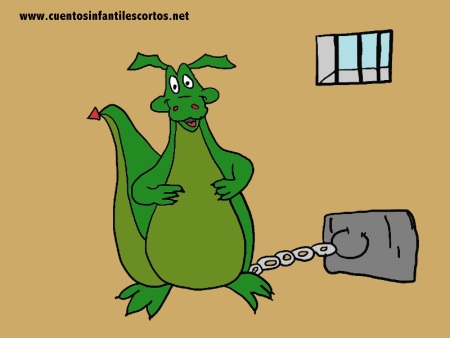 He visited the dragon every week. Arthur liked to tell him stories and secrets even though he knew that the dragon couldn’t understand him.

Little by little the dragon began to understand some words, and tried to speak to his friend Arthur. After a few months, the dragon had learnt to speak and he and Arthur would spend hours talking and playing.

But there was still one doubt Arthur hadn´t solved: Why was the dragon imprisoned there. Every time he asked the dragon it didn’t answer, so he decided to ask his parents.

When Arthur told his parents about his friendship with the dragon, they were very shocked and forbade him to visit the dragon again because it was dangerous. But they told Arthur that they had imprisoned the animal before getting to know him just because they thought he was dangerous.

Arthur couldn´t imagine his friend in the dungeon for life, so he decided to free him.

The dragon, very thankful to Arthur, and visited him before leaving to say thanks for trusting in him, but also advised him not to disobey his parents.

Arthur apologised to his parents and but happy to know that his friend was free.