Lots of people live in Madrid, a city that has lots of cars driving around and the eternal traffic jams in the city are well know in the rest of Spain.

Driving a car or a motorbike around madrid is actually chaotic and that is why there are some car accidents due to the amount of traffic and the impatienceof the drivers. 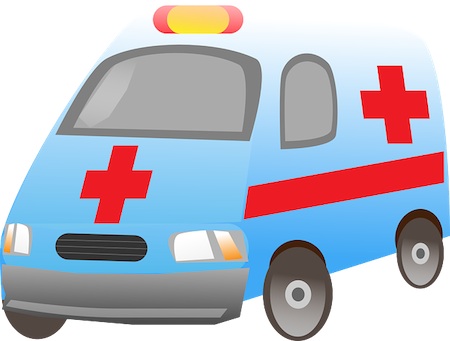 However, this Ambulance was feeling a bit tired as the accidents had increased because there were more cars and motorbikes driving around Madrid in addition to people driving very stressed, going everywhere in a hurry.

The ambulance did not know what to do any more, because she could not help everybody and so she went to the park to think of a solution.

At the park, she met Peter a young, smiling gardener who sang and danced non stop while watering the plants and the trees. He realised that the ambulance was worried and so approached her.

– “Yes, I am very worried because everybody seems to be really nervous and there are more accidents in this city everyday. I am really tired because I don´t have time to go from one place to another and help everybody.

– “Have you thought of other ways to help people?”

– “That is what I´m doing right now. What can I do to prevent accidents?” asked the worried ambulance.

– “Ambulance! I have an idea! Why don´t you teach a course in prudent driving in the city?”

– “You are right! If I teach people to drive with caution there will be less traffic accidents”.

After that conversation with Peter the gardener, the ambulance started to give free courses to all drivers. Apart form this she also drove around Madrid and when she saw a driver putting other drivers at risk, she used to turn on her siren and follow the driver making him stop so as to teach a correct driving lesson.

Little by little, people began to take the ambulance´s classes and advice, seriously. And that is how she made drivers conscious of how important it is to be prudent when driving.

Next ArticleBLACK AND WHITE