There was a golf club called Golfy, who played golf every day on a golf links made precisely to practice this sport on the outskirt of the city.

The golf club was a marvellous golf player. He always won competitions and golf tournaments. 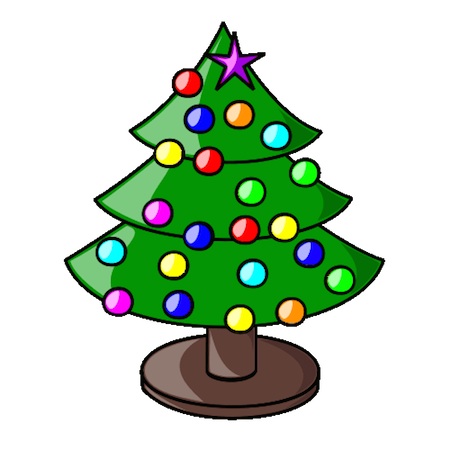 Well…actually, not always…because one day, a new tree appeared on the golf links, called Little Tree, and this tree really liked golf balls, and used to keep them by hanging them from his own branches at Christmas.

Golfy, the golf club got very annoyed when he found out who was the mascot, because Little Tree always kept Golfy´s balls so in the end Golfy couldn´t play any more golf.

When December arrived, Golfy bought Christmas baubles for Little Tree, so he could hang them from his branches and so not keep the Golfy’s golf balls or annoy him any more. But Little Tree only liked golf balls.

So, Little Tree hung all the golf balls he had on his own branches and became an amazing Christmas tree.

Golfy didn´t know what to do, so he decided to strike a deal with Little Tree. He said, “Hi, Little Tree, you took away all my golf balls, I can see them hanging from your branches and I need them to play golf. Could you give them back to me? I will give you these nice Christmas baubles in exchange”.

Then, Golfy had a great idea. He decided to paint the Christmas baubles like golf balls, that is to say, white and with small holes.

He went back to visit Little Tree and said, “Little Tree, look, I am going to give you these Christmas baubles that look just like golf balls. This way you can enjoy your ornaments and also give me back my golf balls so I can continue playing golf. What do you think?”.

Little Tree thought about it and realized that in this way, both of them would come out winners and he also realised that he had been selfish and shouldn´t have made Golfy angry.

Especially, he thought, during Christmas because is time to think of others and not only of yourself.

Next ArticlePRINCE LURAM AND THE VEGETABLE KINGDOM