ELMY AND THE AUTUMN

Every year in October, when autumn arrives Elmy gets very sad and stops smiling.

Elmy was a young perishable tree who loved having fun and joking with the other trees in the park where he lived. But every year when autumn arrived, Elmy’s leaves started to fall and he became sad. 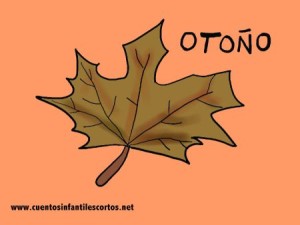 One day one of his friends decided to throw him a surprise party to cheer him up. Soon, everything was ready for the party.

Elmy was about to go to bed – “Good night!” – he said to the rest of the Elms in the park. Suddenly, he heard music coming from his friend Play, a tree that could play music using his leaves and branches.

Elmy was totaly surprised, after all it was bed time and it made no sense to make music now. But the rest of the trees then started to dance and throw streamers into the air, and then one of them approached Elmy and said: “Today is your party, your autumn party, let´s have fun my friend!”.

“I don´t want to have a party, I just want to sleep”, said Elmy.

“Elmy, look at us, we are not sad, we also lose our leaves during autumn but when spring arrives we get new leaves, so you don´t have to worry about it!”.

One of the oldest elms in the park explained to Elmy the importance of deciduous trees in relation to the environment. They allow the sunlight to pass through them during winter and autumn, when the hours of sun are less.

So Elmy learnt not to be sad during autumn and enjoyed his party!

Next ArticlePETER AND THE COCONUT