GUSTAV AND HIS INTERNET FRIEND

Once upon a time, there was a boy named Gustav, who liked to go on the internet a few times per week to see what his friends were up to on the social networks.

One day, while Gustav was surfing the net, by chance, a little boy from China started chatting with him. Gustav was surprised to see that the boy’s facial features were very different from Gustav’s and he couldn’t understand what this boy was writing. 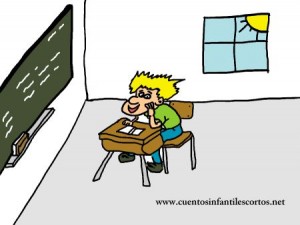 Although Gustav didn’t understand the boy, he wanted to write to him.  But Gustav wanted to make sure it was ok first, so he went to ask his parents for permission.  Gustav’s parents told him it was ok to write to the Chinese boy, and they decided to sit by their son, so they too could meet this boy.

Gustav’s parents explained that this little boy lived in a country that was very far away.  In his part of the world, people had different facial features and a slightly different complexion, but apart from that they were the same as everybody else.

Gustav was excited, to be writing to a boy, just like him, but who lived on the other side of the world.  “I don’t really understand what you are saying, but if you speak English I just wanted to say Hello,” Gustav wrote.

After a few seconds, the boy started writing back.  When the message arrived, they were all very surprised because the boy had written it in English.  The message said “Hi, I am from China, but I can speak a little English because I am learning it at school.  Do you want to be my friend?”

And that is how Gustav became friends with another boy who lived far, far away.  They would meet online every Saturday, and they would talk to each other about their week.

Both Gustav and the Chinese boy understood that no matter how different people look and how far away they are, they are still people, and you have to respect and love them just the same.

Next ArticleKAIRA´S SONG MADE ME COME OUT OF THE LAKE