JOHNNY AND THE DUSTPAN

Johnny was a very young boy when he started to care for the environment, and to keep his town clean from the litter that others threw on the streets. It all started when Johnny turned 9 and his parents threw a surprise birthday party in his yard for him and for all of his friends. 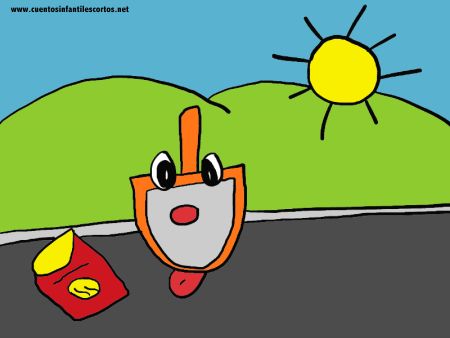 The parents had set a large table in the yard full of potato chips and other snacks like sandwiches, fruit and vegetables so the children could eat at the party.

When the party was over, Johnny’s father asked him to help clean up the mess.  Johnny was surprised to see all the potato chip bags, paper plates and glasses on the ground. That really is a mess! – “Mom, did we really make this mess?” Johnny asked his mother.  “Yes, quite a mess, huh?” his mother replied.

Anthony, Johnny’s father, who was also cleaning up, said: “I bet you’re thinking, how is it possible to make such a mess in such a small amount of time?  But I bet what you and your friends don’t know is that if you had made this mess on the street, at the beach or in the mountains, probably no one would have bothered to clean it up.  You would have left all that plastic out there to pollute the environment.”

Those words, together with what he had learned at school, had a huge impact on Johnny.  It made him realise that it was very important to pick litter up off the ground.

So a few days later, Johnny called all his friends to explain the situation. Their town was very dirty because no one bothered to pick the litter up.

Johnny and his friends came up with a plan to clean the town and to educate people to look after our planet.  They went to the nearest supermarket and bought ten dustpans.  For the next few months, every day for an hour, Johnny and his friends cleaned up litter off the town streets, and deposited the garbage in garbage containers.

The town went back to being a pretty and clean town, and the townspeople had learned a valuable lesson, in that we must all work together to save our planet.

Next ArticleGUSTAV AND HIS INTERNET FRIEND