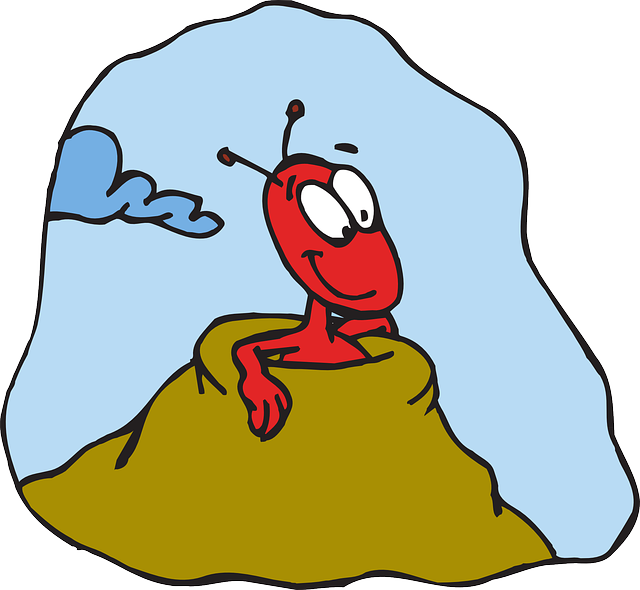 The king of the worms used to give a speech every month telling the news in kingdom. But he always said the same to his citizens: “Dear worms, this is a bad year, we are still underground and this year, we won´t see the light either…”, used to say sitting on his throne without moving.

The worms, after listening the king´s speech, used to go to the bar to be sorry about their pities and to complain about the horrible crisis going on…

What the worms did not notice is that they had the same crisis since were born, because they had never truly proposed to go out and see the light.

Every time other worm passed near him asked: “Merry, why are you so happy? Don´t you know we are in crisis and we won´t see the light this year either?”

And happy always answered: “I run my own destiny, and I am convinced that  I will see the light with my company”.

Merry continued working, ignoring the other worm´s gossips. And finally, after making a big effort, arrived to the surface. There took a flower to demonstrate he had arrived, and went back to the worms community”.

When was underground again with the flower, offered to the other worms, the possibility of fulfilling their dream of seeing the light under one condition: “I will be you king from now on”.

Even the current king accepted the condition, adding: “Merry has fulfilled our dream, and none of us wouldn´´t have done it without him Because Merry is optimistic. I was wrong, was pessimistic about the future and didn´t do anything to reach the light”.

That is how Merry, the happy worm, became the king of the community, and made expeditions with all the worms to see the light.

Moral of the short story: Work and move during crisis, look for a solution.

Next ArticleBEST CHRISTMAS EVER