That afternoon, grandmother could not manage to pack her suitcase because Leo the house cat was getting in her way. Each time she tried to open it, Leo squeezed his head in and mixed up her stuff with his furry paws. 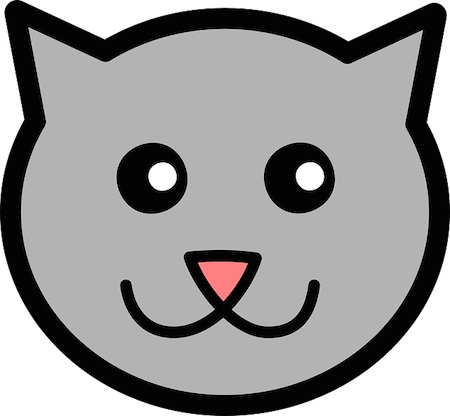 “I once met a cat who did”, said grandmother. His name was Pushok.

“Tell me about Pushok, please!” Effie begged. Who wouldn’t be curious to hear about a cat who had manners?

“Very well” – began grandmother surrendering the suitcase to Leo. ”Pushok was a grey tabby with short fur and green eyes. There was nothing that made him look different from any Russian street cat. In fact the street was where your grandfather Efim first met Pushok who was dwelling in a cardboard box filled with fluffy feathers from a torn old pillow. Efim was about your age at the time and Pushok was only a little kitten. Efim brought the kitten home, fed it and gave it a bath. He named it Pushok which means fluff in Russian”, said the grandmother before pausing for a moment.

Meanwhile Effie was not the only one in the room who was paying attention. The lilac colored Leo fixed his green eyes on grandmother as if interested in the other cat’s story.

“Pushok grew into a strong young cat at the worst possible time and place for a pet to live in. The time was the start of the Second World War and the place was the besieged city of Leningrad.

Invading German and Finnish armies surrounded the city from the sea and the land cutting off all supply routes. Food in Leningrad dwindled to a bare minimum in the matter of a few weeks. What was still available was rationed by the city government. Hunger set in. It was a long, deep hunger. Sensing that they themselves might be eaten, many pets escaped but not Pushok. Efim´s mother, Miriam, was sharing her own food with him.

Children, on average, have better eyesight than grown-ups and Efim put his to good use. With a slingshot he hunted small birds, pigeons, crows and sparrows. He would bring what he had caught to Miriam who made a stew for Efim, Pushok and herself.

One day a Naval officer saw Efim shooting down a tiny sparrow hiding in the tree up above.
“I believe you have a talent we could use”, the officer told him.

Efim did not want to leave Miriam but she convinced him to go with the officer. Efim was better off in the navy she felt, because sailors unlike civilians received enough nutrition.

Not very long after Efim’s departure winter came. The Leningrad winter is not winter as we know it, just a little snow and a bit of ice with a Nor’easter now and again. Situated less than five hundred miles from the Arctic Circle, the city itself is a Nor’easter. Supercharged by the Gulf of Finland the winds from the Baltic Sea can give your ears frost bite if you don’t wear a fur hat with ear flaps. You must wear layered clothing and when there is no heat in-doors you will even sleep in one.

Miriam did not eat for days. The cat Pushok left at last. She was not bitter just amazed that Pushok had stuck by her for so long. She lay in bed, now very weak when suddenly she heard scratching on the window glass. She dismissed it at first but the scratching did not stop. Mustering the last bits of strength Miriam got up and opened the window. Guess who jumped in?”

“That is correct”, grandmother nodded. “It was Pushok and he did not come empty pawed. He was carrying a pigeon between his teeth.

From that moment on when Miriam ran out of food, Pushok went out hunting. Miriam was grateful and very very proud of Pushok, yet she did not realize how dangerous Pushok’s hunts really were.

Share this short story for kids with your friends on Facebook, Google +, or Twitter with the buttons you’ll find at the end of the story. Thank you! Stories for kids written by: Stas Holodnak