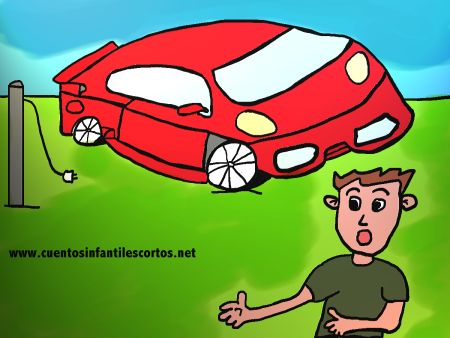 “Mario, you should know that those cars you like so much are very bad. They consume a lot of fuel, which is a limited resource and there will come a day when it runs out. Plus our car doesn’t give off toxic CO2 or any other kind of gas that endangers living beings. And also we think the new car is very pretty!” added his father.

That was how Mario learned that electric cars are much better than all-terrain vehicles, for they are good for the environment and human beings. And of course there are more important things than showing off your new car in front of the neighbours.