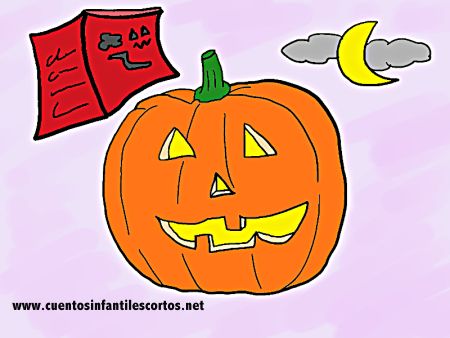 When Lolo was ten years old he still collected stories and had more than one hundred stories written in his parchment book.

Soon, Lolo turned fifteen and was so proud of his hobby, as he was the boy who knew more about Halloween than anyone else at his school.

But when Halloween arrived that year, Lolo suddenly disappeared from the land of the living…dying in mysterious circumstances.

His parents found him in his bedroom, dressed up as a zombie with the halloween stories on his chest.

Neither the police nor the doctors knew what had happened to Lolo or how his life had ended, without further ado.

From that day to this, it is thought that Lolo goes out over all the cities of the world every Halloween night, dressed up as a zombie, carrying his Halloween Stories…

Legend says that his ghost won´t stop roaming the streets during the magic night until he finishes his Halloween storybook collection.

Do you know a Short Story about Halloween? Do you want to tell it to Lolo so he can finish his book? You might see him next Halloween…dressed up as a zombie, waiting for you to tell him your Halloween story…

…THE END…FOR THE MOMENT…