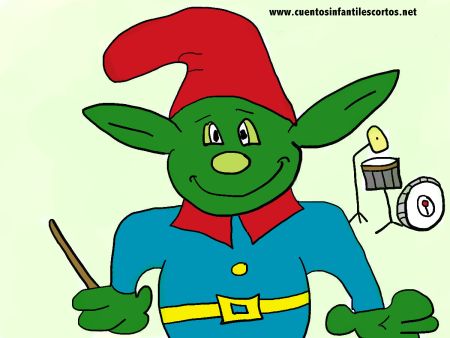 And that was exactly what happened…

he found Meow in the garage again licking her paw and began to chat to her. Initially, Meow was a little surprised to see the green goblin talk, but she soon got used to it and they chatted together for a good long while.

On one occasion, Meow asked him: “So what do you do here?” Godfrey told him that he was the goblin in charge of looking after nature and that his main mission was to make sure the family who lived in the house looked after nature too, that they respected the environment and used renewable energy in their home.

Godfrey also said that in every family in the world there is a goblin keeping an eye on whether they are looking after the world in which we all live. People may not know it, but there’s a little green goblin in each of them, making them think about looking after the planet. Sometimes, the problem is that the little goblin doesn’t manage to achieve his mission and people abuse our planet.

And that’s why Godfrey was a green goblin – because he looked after nature.

Next ArticleCUTHBERT, THE FIREMAN CLOWN