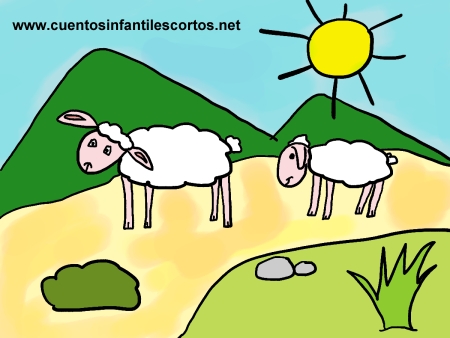 The flock of sheep always passed in front of my house, and I have to admit that I was a little scared when I saw the shepherd go with them, for Nino also had a couple of goats and they frightened me a great deal – for these goats had horns.

Despite the shepherd’s humbleness and his kindness to the villagers (for he would give them milk and cheese that he made himself), there were some people in the village who disliked him intensely.

Whenever he herded the flock down the main street towards the fields, the sheep and goats would leave a mess as they passed. Each villager was in charge of sweeping his own patch, and that was how they kept the village clean. But two of those neighbours, the ones I’ve mentioned, hated Nino and refused to do any sweeping for they believed that the shepherd should be responsible for whatever mess his flock made.

But when it came to sharing out the milk among his neighbours, Nino never excluded anyone, not even the villagers who spoke badly of him. And he did it because he knew that it was a bother to the neighbours to have dirty streets every day, and this was his way of thanking them.

Next ArticleGEORGE AND HIS LITTLE BABY SISTER