Inside a crystal ball lived two colleagues that didn´t get along very well. They were called Addition and Subtraction. 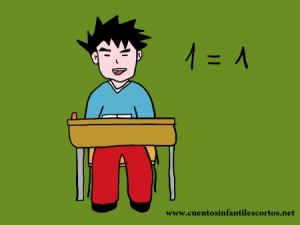 But one day , a boy at school took the crystal ball and looked at them inside.  He saw that they were counting separately, so the boy said: “You complement each other because adding numbers is the opposite of subtracting them, that´s why you don´t understand each other, but actually you are both incredible at Maths“.

Addition and Subtraction understood what the child was saying and respected each other forever.

Next ArticleTHE GIRL AND THE FLUTE