THE ROPE AND THE CHILDREN 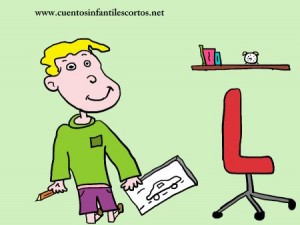 Alfie’s mother had told him; “Alfie, why don’t you wear this rope around your waist, that way you will still be able to go to school.”

Alfie did what his mother told him to, but when he arrived at school all the children laughed at him.  They though the rope looked very cheap and shabby.

Alfie was embarrassed, but after thinking about it for a few minutes he realised that he had made the best decision bcause he had obeyed his mother.

In a calm voice he said: “I couldn’t think of anything better to hold my pants up, so I prefer to wear this rope rather than have my bum showing.  This way I will be able to play and jump around like I always do.”

The other kids were no longer laughing; they realised that Alfie was right, so they all started to look for ropes in the playground that they could use as belts.

Next ArticleJOHNNY AND THE DUSTPAN