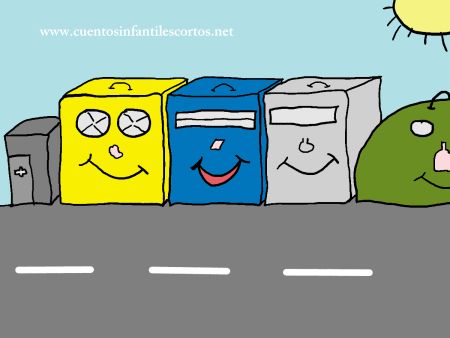 It wasn’t long before Plastica began to experience the same symptoms and spat out anything that wasn’t plastic. She was soon followed by Oilo, and finally all the bins began to toss out the rubbish that didn’t belong to them…

Walking down the street was a little boy called Declan, who was quick to realise that all the rubbish on the ground had been coughed out by the rubbish bins… So very responsibly, he went about putting each bit of rubbish into its rightful bin.

That afternoon, Declan went home and told his parents. They knew that lots of people don’t care about the environment, but they told him: “You did a great job putting the rubbish in the right bin. If everyone in the world was like you, our planet would be a better place and nature would be grateful.”

Next ArticleTHE DAY AND THE NIGHT