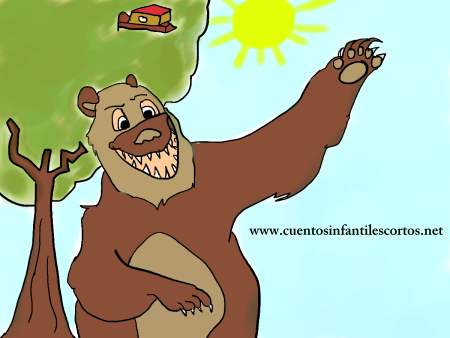 But the tourists didn’t know this and they used to run away when they saw him, and Kuba thought that was funny.

Kuba was a bit liar, and liked to make fun of people, Every time he saw tourists who were scared of him, Kuba used to roar making the visitors run away – “hahaha, I´m not going to hurt you, silly!”

aut one day a policeman saw him roaring at a tourist and, even though he knew he was harmless, he decided to arrest him for public disorder.

Kuba had learnt his lesson and never lied to another tourist again.

THE KID AND THE POLITICIANS

Mike was a very smart kid who always wondered why politicians argued on TV. He asked his parents: “Why are those men always arguing?”

Every 31st of October, Kingtown celebrates Halloween, also known as the night of the witches. Kingtown is a mountain village situated up in the hills and it is always covered with fog at sunset, which makes visibility more difficult for its inhabitants.