“Number one” was a TV program in which people had to demonstrate their talent.

It was a funny and entertaining family program. The contestants had to sing a song every week in front of a group of judges.

One day, one of the judges had to leave the live program, and the rest of the team had to choose somebody from the public to be the new judge. They finally chose a young kid. 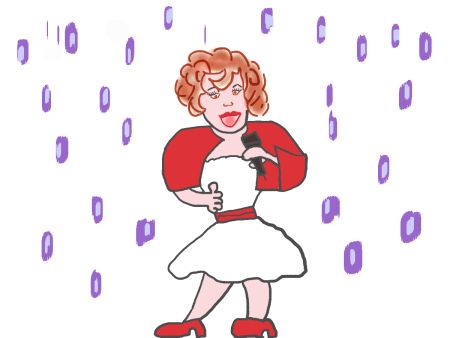 But the kid didn´t like this kind of program. He preferred junk tv. So he was very negative to every contestant, until one of them asked him: “Are people´s efforts valued in your favorite TV programs?”

“No, they´re just soap programs, but they are funny.”

“Well, people who sing make a real effort, I guess” – said the contestant.

And the kid understood why junk TV is bad and that it is better to watch programs in which people fight for their dreams and make a real effort, rather than programs where people just scream and insult each other.

He never watched junk TV again and became the biggest fan of “Number one“.